MINISTER OF TRANSPORTATION REPUBLIC OF INDONESIA OPENED THE REGIONAL MARPOLEX 2022 IN MAKASSAR
Share : 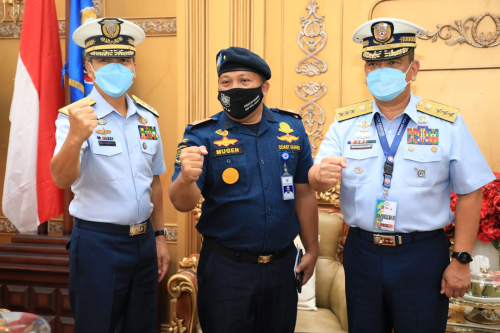 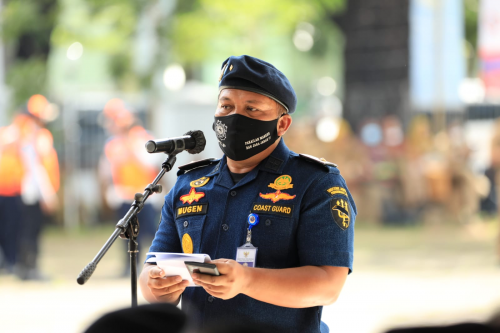 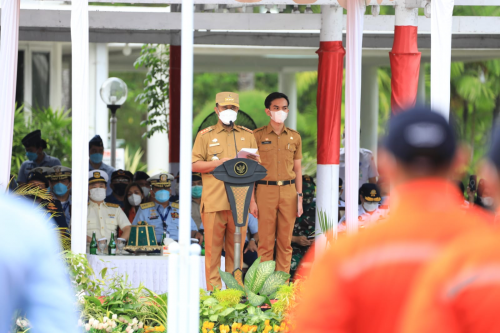 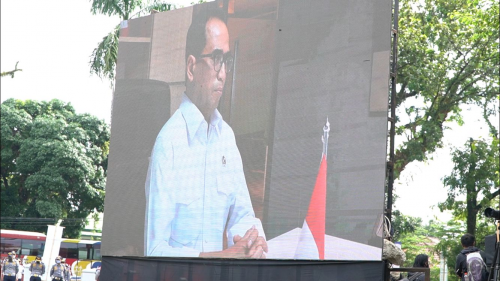 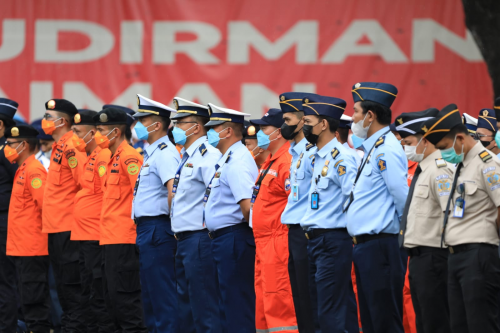 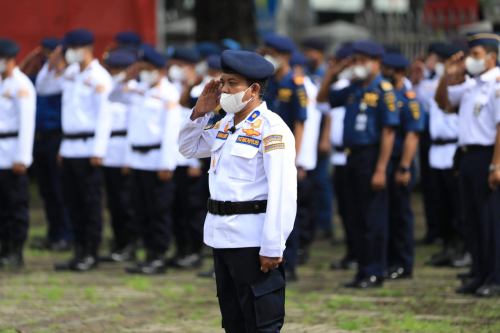 Present virtually, Minister Budi said that as an active Member State of the International Maritime Organization (IMO), Indonesia has the responsibility to protecting marine environment. The Regional Marpolex 2022 is one of real evidence of Indonesia’s commitment to perform this duty.

Indonesia and the Philippines are 2 of the largest Archipelagic Country in the World and therefore share common traits as multi-islands state such as having larger water territory than land area, that leads sea transportation to be the lifeblood of its national economy.

As Member State of the IMO, Indonesia and the Phillippines has also been actively engaged int various multilateral cooperation and forums. The Regional Marpolex, conducted jointly between Indonesia and the Phillippine with the support of Japan, is regarded as one of the manifestation of regional cooperation to promptly response to the threat from oil pollution and preserving our marine environment.

According to Minister Budi, South Sulawesi was chosen as the location of the Regional Marpolex 2022 as it is strategically located in Indonesia Archipelagic Sea Lanes II (two), which plays a critical role in connecting international and domestic shipping. It is also due to high intensity of shipping activities, oil and gas activities and other activities in Makassar waters.

“This certainly increases the risk of accidents that can result in oil spills that pollute and/or damage the marine environment. Thus, of course, the preparedness of personnel and equipment is needed to overcome shipping disasters as assistance for the Makassar Strait area,” Budi said.

The Regional Marpolex 2022 is also aimed to test the readiness of both personnel and equipment in terms of pollution control in its surrounding waters. For this reason, explained Budi, the Marpolex Regional activities were held, namely to test and evaluate procedures for handling oil spills on a local, regional, national and international scale, as well as to train and improve the cooperation and capability of the personnel of the three countries in terms of observation, security, search and rescue operations, fire-fighting operations, preventing and overcoming oil spill disasters, as well as dealing with environmental impacts due to oil spills at sea.

On this occasion, Minister Budi also expressed his appreciation to the South Sulawesi Provincial Government for its support for the implementation of the 2022 Marpolex Regional. According to Budi the Regional Marpolex 2022 could be held succesfully because of the good synergy and cooperation between the Directorate General of Sea Transportation, the Philippine Coast Guard. (PCG), Japan Coast Guard (JCG), as well as full support from the Government of South Sulawesi and other relevant stakeholders.

"Therefore, I would like to express my sincere appreciation to the Government of South Sulawesi, in particular to the Governor of South Sulawesi, Mr. Andi Sudirman Sulaiman, and all stakeholders involved for their support and participation in Marpolex activities in 2022. Hopefully, this regional excersice can run properly and provide the maximum benefit for the protection of the maritime environment,” said Budi.

On the same occasion, the Acting Director General of Sea Transportation, who also acts as the Head of the Indonesian Delegation, Capt. Mugen S. Sartoto, explained that the Regional Marpolex 2022 will be held for 4 (days) from 24 to 27 May 2022. This activity will be filled with various activities and exercises, including the Opening Ceremony, Pre-Sail Conference, Planner and Controller's Meetings, Table Top Exercises, and real practice on the sea, which includes Security and surveillance, SAR Operations, Fire-Fighting Operations, Oil Spill Recovery Operations, Equipment Recovery Operations, Damage Assessment Operations, FINEX and Sailing Pass.

"In addition, there will also be training for Calculation of Oil Spill Response Operation Costs as well as Claim and Compensation Costs," said Mugen.

As in previous years, Mugen continued, the implementation of the Regional Marpolex in 2022 will also be carried out using the Real-Situation concept, in which the implementation of the training is conditioned according to the situation when an oil spill emergency occurs at sea, both in terms of procedure mechanisms, command lines, communication , and information delivery and organization of operations.

"By using the concept of Real-Situation Scenario, it is expected that the main objective of this exercise can be achieved, namely to train and familiarize the procedures, tasks and activities of the operation of emergency management of oil spills in the sea as preparation for real-time preparation," he explained.

In its implementation, the Regional Marpolex 2022 involves various relevant agencies and countries, including from Indonesia (National Team for Mitigation of Oil Spill Emergencies in the Sea according to Presidential Decree Number 109 of 2006 and Regional Teams from South Sulawesi), the Philippines (Philippine Coast Guard), and Japan ( Japan Coast Guard).

"We also invite Observers from Australia, Singapore, Malaysia, Denmark, and other countries that already have a Memorandum of Understanding with Indonesia regarding with prevention of oil spills at sea, to participate in this activity," added Mugen.

Mugen hopes that the Regional Marpolex, which has been implemented since 1986 until now, can produce various breakthroughs so that they are closer to real conditions as well as real incidents of handling oil spills.

"I hope this activity can be not just merely a simulation, but can actually test and evaluate the oil pollution control capabilities of each country, especially the preparedness in dealing with large-scale oil pollution events in the border areas of the three countries," Mugen concluded.

According to Andi, this event can also be used as an event to share local wisdom with all participants and invited guests, especially participants and guests from the Philippines Coast Guard (PCG), Japan Coast Guard (JCG), as well as foreign and national observers to enrich their knowledge and experience.

The Japanese government through the Japan Coast Guard (JCG) then joined in the 1995, and since then Marpolex has become the commitment of the governments of Indonesia, the Philippines, and Japan in implementing the ASEAN Oil Spill Response Action Plan and the Sulawesi Sea Oil Spill Network Response Plan.

According to the schedule, the next Regional Marpolex should then be held in Indonesia in 2021. However, the extraordinary impact of Covid-19 Pandemic has caused the implementation of this activity to be postponed to 2022. As for the Regional Marpolex 2022, the Head of the Indonesian Delegation was, Capt. Mugen S. Sartoto, acting as Director General of Sea Transportation. Meanwhile, the Delegation from the Philippines was led by CG RADM Robert N Patrimonio from the Phillippine Coast Guard (PCG) and the Delegation from Japan was led by RADM Hashimoto Masanori from the Japan Coast Guard (JCG).